Specifically, it is mainly the following three aspects:

(1) The workpiece area of the 20mm thick aluminum plate is too large, and the swing in the groove is too large during operation, and the contact, renewal and exchange of the edge and the center portion with the solution are too large, resulting in inconsistent color of the oxide film. Prevention method: When the aluminum plate is oxidized, the amplitude of the workpiece swing is small, and static treatment is also possible. However, when the temperature of the solution is too low, the map-like spot is likely to appear, which is unnatural. 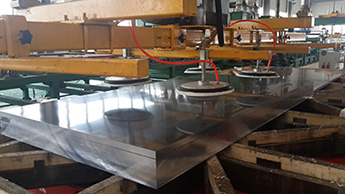 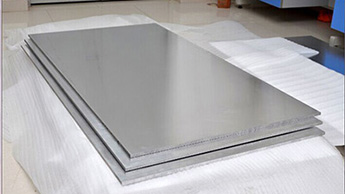 (2) When the aluminum sheet is processed, part of the aluminum layer is destroyed and cut off. The outer layer of aluminum is high-quality aluminum, and the inner layer of the package is miscellaneous aluminum. The difference between the two types of aluminum is large, so the vitiligo appears after oxidation. "like spots. This phenomenon customers often do not understand too much, 20mm thick aluminum plate manufacturers should do more explanation work, explain the original, so as not to cause misunderstanding.

(3) Problems in the oxidation process of 20mm thick aluminum plate

① The alkali etching of the workpiece is not thorough, and the original oxide film and dirt are not removed at the local site;

② After the alkali etching, the light treatment is not performed immediately, and the surface of the workpiece is still alkaline;

③ The workpiece has been exposed to foreign matter during the transfer. When there is uneven color of the film layer, it is necessary to find the cause from various aspects and take targeted measures to solve it.